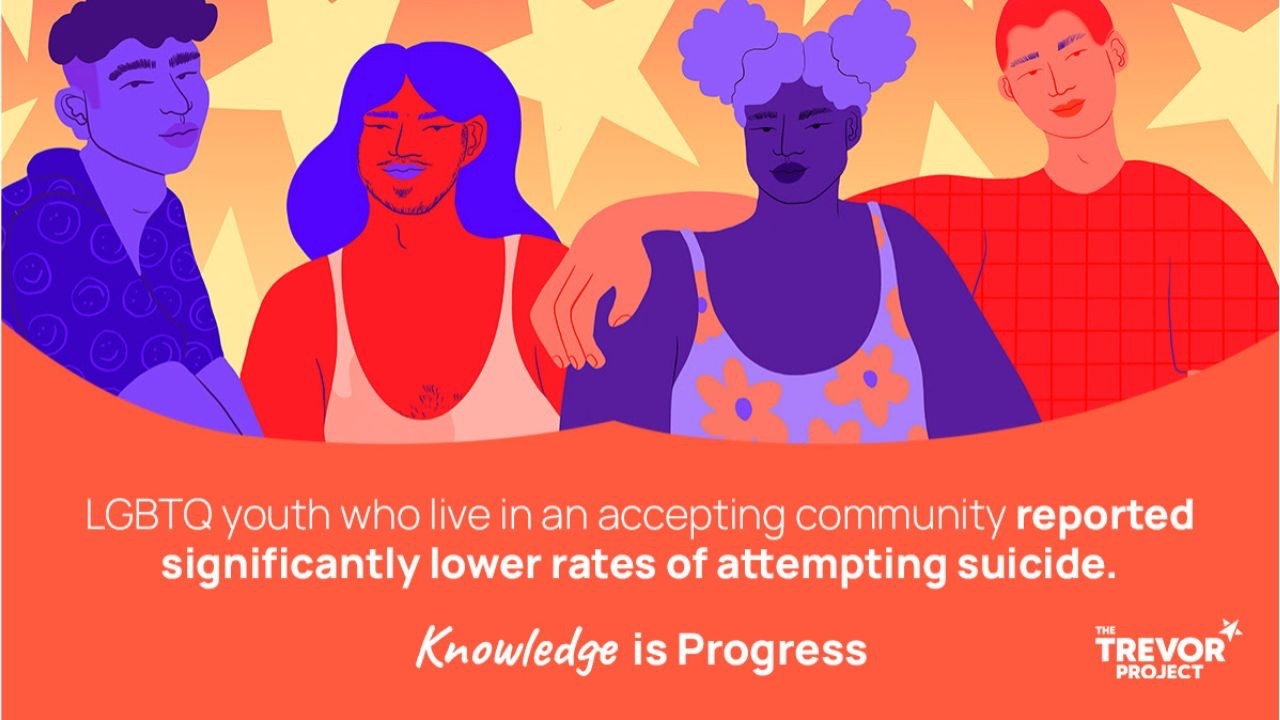 The LGBTQ+ Community and Substance Use

The LGBTQ+ community suffers from high rates of substance use. Up to 30% of the LGBTQ+ community struggles with substance use compared to 9% of the general population. Why is this? Some factors include their experiences of bullying, hate, discrimination, stigmatization, rejection by those around them including their family and/or peers, isolation, and other extreme stressors. LGBTQ+ youth and young adults also face a greater risk of harassment and violence, at school and sometimes at home. As a result of these stressors, they are at increased risk for various behavioral health issues such as substance use disorders and mental health issues.

Data from the 2018 National Survey on Drug Use and Health (NSDUH) (pre-COVID pandemic) suggests that:

Whether or not their families and friends provide acceptance, many members of the LGBTQ+ community also suffer from internalized homophobia, or identify with anti-gay stigmas they see at home, in their community, or in the media. The proliferation of anti-LGBTQ+ and anti-trans laws throughout the United States in the past couple of years has only amplified these homophobic messages and reinforced LGBTQ+ youth's feelings of otherness, like there is something wrong with them just because of who they are. The result is often self-loathing and an inability to feel comfortable in their own skin. For those suffering from internalized homophobia, alcohol and drugs serve as an effective coping mechanism for silencing negative thoughts and dealing with anxiety and depression. When drunk or high, LGBTQ+ individuals can temporarily enjoy living as their true selves.

Drugs, Alcohol, and the Teen Brain

Not all teens who try drugs and alcohol will experience serious consequences, but using substances comes with risks. Drugs and alcohol can cause medical complications, physical or emotional harm, and they can lead to negative consequences with school, peers, family, and the law.

The science of teen brain development has shown that even moderate substance use is a bad idea for teens because the brain develops rapidly throughout the teenage years and does not stop until around age 25. Brain structures that control judgement and self-control develop last, which is why teens who are great at certain kinds of decision making can also make surprisingly irresponsible choices. Many people under the U.S. legal drinking age of 21 don’t yet have the cognitive capacity to make good decisions about how much to drink or, crucially, not driving while under the influence.

Among adults who use marijuana, those who started using as teens show more cognitive dysfunction, particularly on tests of attention, than those who waited until adulthood. It also appears that teens who drink alcohol experience altered brain functioning that could affect their long-term brain development, which is why it's so important to educate youth and young adults about the negative effects of substance use from an early age.

The Trevor Project conducted a survey of nearly 34,000 LGBTQ youth ages 13 to 24 across the United States, with 45% of respondents being LGBTQ youth of color, and 48% being transgender or nonbinary. These data provide critical insights into some of the unique suicide risk factors faced by LGBTQ+ youth, barriers to mental health care, and the negative impacts of COVID-19 and relentless anti-transgender legislation. This research also highlights several ways that LGBTQ+ find joy, how we can all support the LGBTQ+ young people in our lives, and help prevent suicide.

Some key findings from the 2022 National Survey on LGBTQ Youth Mental Health include:

What Can We Do To Support LGBTQ+ Youth And Young Adults?

The most important steps we can take as community members and allies is to show LGBTQ+ youth and young adults that we support and accept them as they are. According to The Trevor Project survey, LGBTQ+ youth reported feeling supported by their parents or caregivers when they were welcoming to their LGBTQ friends or partners, talked with them respectfully about their LGBTQ identity, used their name and pronouns correctly, supported their gender expression, and educated themselves about LGBTQ people and issues. This is why having spaces such as a Gay/Straight Alliance or other LGBTQ+ advocacy groups are so important. They give LGBTQ+ youth and young adults a place where they feel accepted and supported, are encouraged to be themselves, and can find a sense of community which they might not experience at home or at school. Giving LGBTQ+ youth and young adults positive coping mechanisms can help them become more resilient and be better equipped to deal with the stigma and mental health issues that they most likely deal with every day.

"The fact that very simple things — like support from family and friends, seeing LGBTQ+ representation in media, and having your gender expression and pronouns respected — can have such a positive impact on the mental health of an LGBTQ+ young person is inspiring, and it should command more attention in conversations around suicide prevention and public debates around LGBTQ+ inclusion."