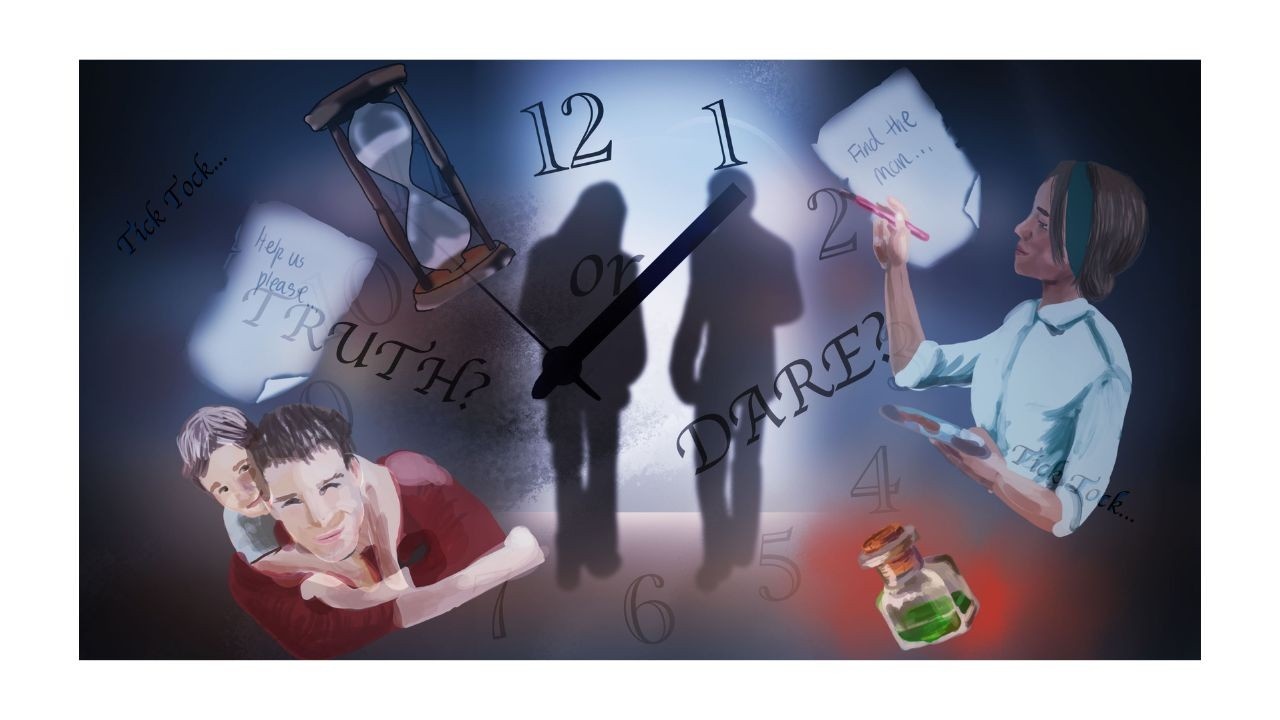 The timeloop. Two souls, Rachel and Ian, were trapped in an endless cycle of fear and confusion. They would wake up in a room with a countdown of 1 hour. They would have to find the answer out of the room to escape wherever they were trapped; the only issue is they would never get to the end. They would be slowly followed by a figure in black that would stalk them and if it caught up to them, they would most surely be dead.

Rachel and Ian would go through this cycle of solving and death an infinite amount of times, but never by the hands of the creature, just by mere poison. They would cough, fall on the floor and seemingly restart and try again over and over for infinity. With every death came new puzzles, new opportunities, and most importantly, clues that past versions of themselves have left behind. Ian would always try to figure out why they were being trapped in their own hell, never finding the answers they wanted.

After a while, Rachel and Ian stopped hunting the answers they wanted to find. Rachel and Ian spent an unknown amount of loops wasting time by playing truth or dare or talking about what they wanted in life if they ever got out. Rachel wanted to become the world's greatest artist while Ian just wanted to have a family of his own and be the parent his parents never were. At one point they thought of doing their goals together and maybe living the rest of their natural human days together without the loop.

They could feel their sanity slipping away from them with no possible way of getting it back. Ian would hear voices in his head and Rachel would see things and hear things. Perhaps it was the ghosts of the past or maybe the future coming back to give warnings. They knew this loop was made for a reason, but they could never figure out why.

Why were they being punished they asked, with no answer? Eventually, Ian came up with an idea that they hadn’t even thought of. Instead of running from the Creature in Black, what if they walk towards it and accept what comes to them?

After one more loop of dying the way they usually did, they both looked for the creature in black, eventually finding it walking towards them. They watched as the creature walked towards them. It stared into both their eyes. Ian finally asked, ”Why are you doing this?” The creature grabbed them both by their shirts and looked deep Into their eyes; it was as though it gazed into their very souls. They both looked at each other and noticed each of them were fading away into thin air. They looked up at the sunrise on the horizons. A new day.