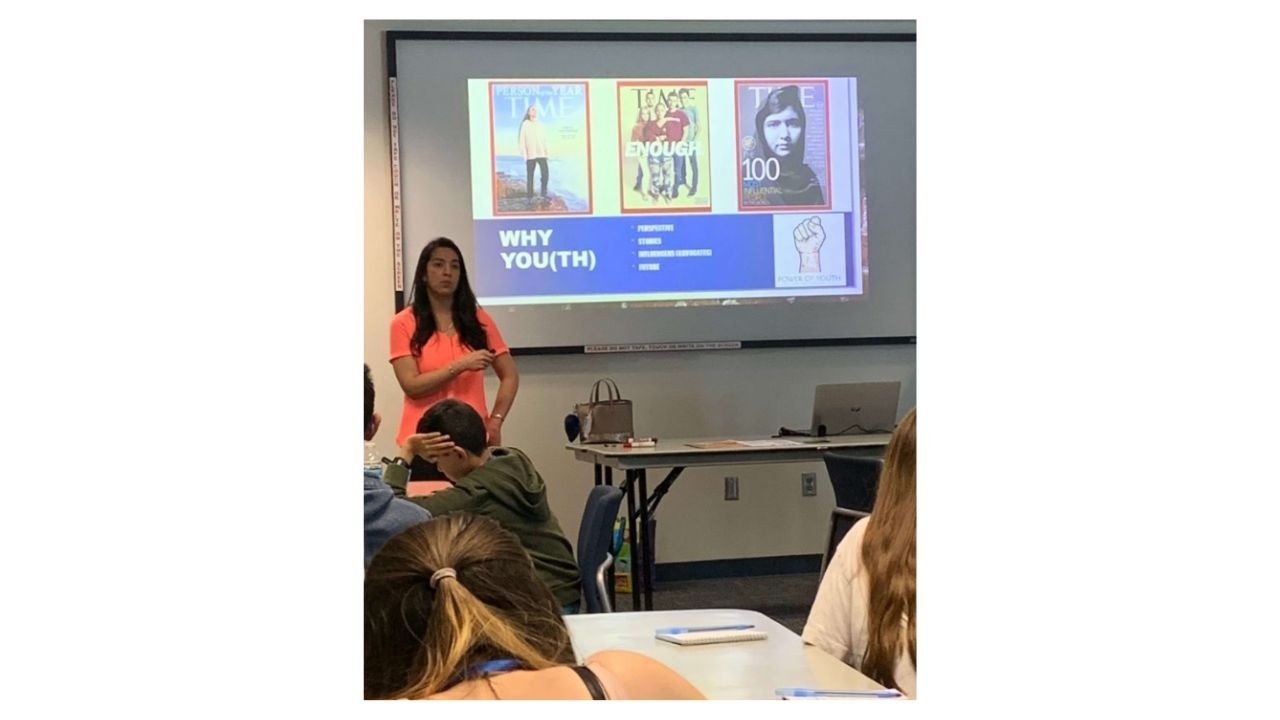 I was able to sit in on a workshop called Woke 101 – How You Can Change Your Community, presented by VCPH and students from Future Leaders of America in Port Hueneme. This workshop focused on a discussion of vape and e-cigarette flavors, how they are marketed towards kids and teens, and what students can do to become advocates for their communities to prevent underage vape use.

The middle school students discussed the facts that stuck with them from the keynote speaker, Roy Lozano, such as the fact that there are over 8,000 different e-juice flavors that are clearly marketed towards kids including names such as Unicorn Farts, McDonald’s Fries, and Pina Colada. They also noted that 95% of these cartridges had nicotine in them when they said that they didn’t, and 98% had more nicotine than a pack of cigarettes.

The workshop emphasized the idea of being “woke,” which the students interpreted as, “Do we know more than the tobacco industry wants us to? Are we aware of what’s happening?” We discussed how the e-cigarette industry is targeting children by using bright colors and flavors that are modeled after candy, and advertising on kids’ television shows, gaming platforms, and social media that are popular with kids and teens like TikTok and Instagram. When asked why they think vape companies are targeting them, the students said because they will be longer term customers versus adults.

The students from Future Leaders of America presented about how vape companies intentionally target youth, how vape and tobacco retailers disproportionately affect communities of color, and the lack of regulations around vape shops in Port Hueneme specifically. They have advocated for a ban on flavors in Port Hueneme in the hopes of reducing advertising to youth.

Facilitators asked the students for ideas about what they could do to become advocates in their communities. Students said:

We discussed the different levels of government in our communities and people the students could reach out to, including their school board, city council, city board of supervisors, and mayor. They emphasized that it’s important to know what your officials want to do with your city; they ask the people what is important, because government officials should represent their constituents.

VCPH also outlined the ways they’ve been gathering information in our communities in order to prove to government officials that vaping and e-cigarette use is having a negative affect on youth. They told the students that they could collect data about vaping through public opinion polls about vape use and exposure in their communities, they could write letters of support to their representatives, and they could speak at city council meetings to amplify their voices to adults, who might not be aware of the impact vaping is having on youth.

Overall this was an impactful workshop that I think showed the students that they have the power to affect their communities even though they aren’t yet adults and able to vote. The workshop stressed that youth are important and have a unique, powerful voice that makes adults and officials pay attention when they speak up.