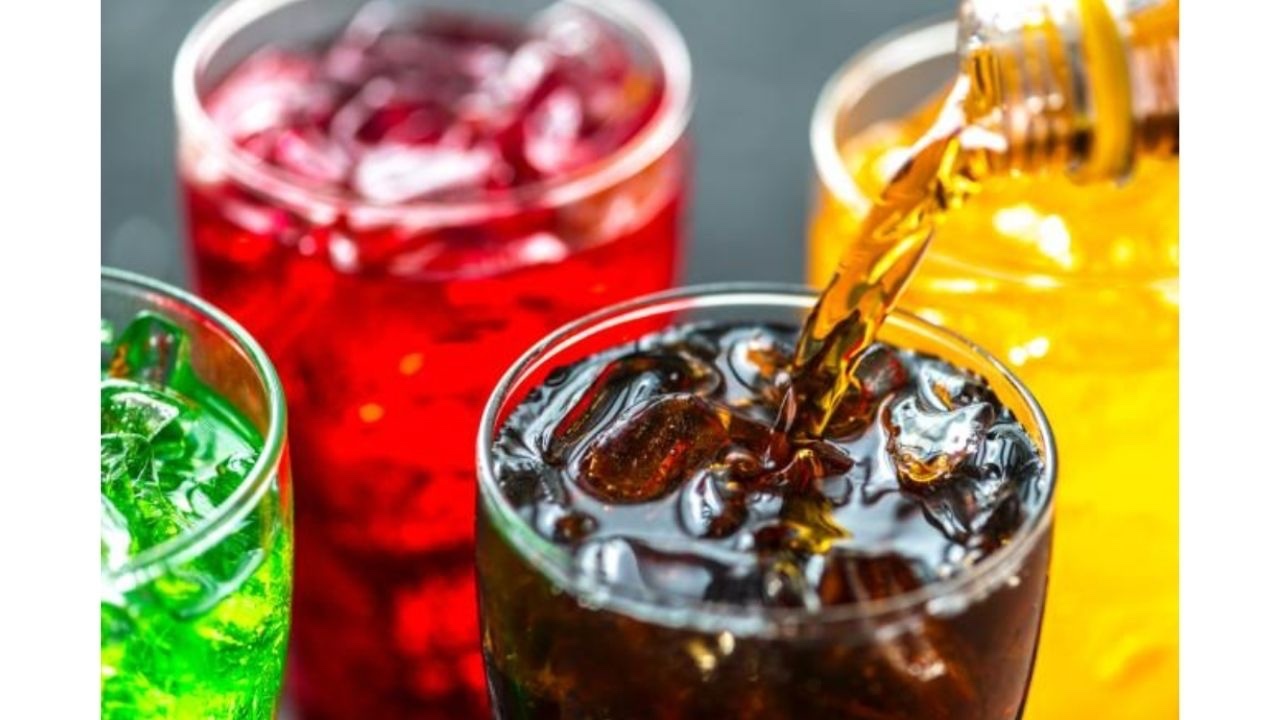 Coca Cola: Happiness in a Bottle

This post was written by Aiden Choi, a senior at the Davidson Academy in Reno, Nevada.

For the past few decades, American obesity rates have been rising at an alarming rate and noncommunicable diseases, such as heart disease and diabetes, have long since overtaken contagious diseases as the primary cause of death. Time and time again, studies have shown that sugar in the diet is a huge contributor to this problem. Health experts have proven that the main source of sugar in the diet comes to Americans in the form of sugary beverages. One 20 oz. bottle of Coca-Cola contains 240 sugar calories, about 120% of the total amount of sugar recommended for consumption by the FDA in a day, and up to 240% of the amount of sugar recommended by doctors in a day. Some try to account for this problem by consuming artificial sweeteners in the place of sugars, and yet, most do not see sugary drinks, such as Coca-Cola, as a culprit in this issue. Despite of the research conducted by health experts, the general public continues to consume the popular drink. In fact, not only are the advertisements consistently well-received, but Coca-Cola products themselves are regarded as the number one most recognizable products in the world, more widely marketed than any other sugary beverage product currently being sold. The fact that Coca-Cola, which sells products contributing to a worldwide epidemic, is one of the biggest and most well-known companies may seem counterintuitive; however, there is a reason Coca-Cola advertisements remain so successful. Namely, they appeal to people on an emotional level, associating their product with positive feelings, relationships, and lifestyles, engaging consumer emotions in a way that the health experts who advocate against Coca-Cola do not.

Health expert institutions, which advocate against the consumption of unhealthy beverages like Coca-Cola, primarily employ plain statistics for the purpose of educating consumers about the consequences of unhealthy diets. While the information they present is important and relevant, they do little to appeal to consumer emotions. Among such institutions, is the World Health Organization, which displays the great quantity of information it has obtained about noncommunicable diseases on an online factsheet. This is a list of numbers and percentages describing noncommunicable diseases and their prevalence in today’s society. For example, the factsheet states that noncommunicable diseases make up 70% of all global deaths and mentions that over 30% of all adults suffer from obesity. These facts highlight the damage caused by the prevalence of sugar in the diet, but while such statistics are shocking, they are lost among the dozens of other numbers written into the website. People are left with an endless list of cold, uninteresting numbers that hold no emotional significance over them, and thus do not sway their decisions as consumers. Therefore, when the average consumer sees a sugary beverage such as Coca-Cola, he or she does not see a potential hazard to public health, but rather a positive, friendly product.

In 2009, Coca-Cola released the slogan, “Open Happiness.” Soon after, Coca-Cola released today’s slogan, “Taste the Feeling.” As indicated by these slogans, Coca-Cola doesn’t market itself as “soda” or a “sweet drink,” but rather an emotion. It conveys the message that when consumers open a bottle of Coca-Cola, they are really opening a good feeling, happiness that can be drunk out of a bottle. Thus, Coca-Cola effectively associates their product with the positive emotions of consumers. Moreover, Coca-Cola is marketed as a product that strengthens positive relationships. Through advertisements such as the “Share a Coke” campaign and the “Happiness Machine” videos, Coca-Cola portrays itself as a business that makes consumers happy and encourages them to spread their happiness by sharing Coca-Cola with others. The “Share a Coke” campaign is a recent, clever marketing tactic that both urges consumers to buy more products, and, by encouraging the act of sharing, also strengthens the company’s image as a benevolent force with an interest in bringing people together. Additionally, the “Share a Coke” campaign prints real names of real people in the place of the company name “Coca-Cola’ on a can or bottle, a marketing technique that makes the company seem more personal, or at least more recognizable. Another recent, hugely successful marketing campaign was the “Happiness Machine” advertisement. The “Happiness Machine” is a Coca-Cola vending machine that surprises people by spitting out ridiculously large numbers of Coca-Cola beverages, as well as a number of other pleasant handouts, including red light-up glasses and massive sandwiches. Video advertisements for the happiness machine show viewers the excitement of lucky customers struggling to hold onto all of their new drinks and passing out bottles to nearby people.

Additionally, Coca-Cola advertises itself as part of an “ideal lifestyle.” In the past, Coca-Cola has taken on a number of different marketing strategies in order to portray itself as a supposedly cool person’s product. For example, in 1993, Coca-Cola released an ad for the Winter Olympics featuring a polar bear, one of its classic mascots with the caption “Always Cool.” Today, confidence-bolstering lyrics from popular songs can often be found on Coke bottles, such as “We are the Champions.” Indeed, Coca-Cola, portrays itself as a fun and cool product, the kind of beverage that “champions” purchase. Video advertisements for Coca-Cola almost always include healthy, attractive celebrities, the popular kind of people who are looked up to by the general public. Even Olympic athletes, who likely avoid such unhealthy drinks, can often be seen in these advertisements drinking Coca-Cola, implying that Coca-Cola isn’t a product that worsens people’s health at all, but rather a product consumed by some of the world’s healthiest people. The people who see such advertisements are left with the message that some of the healthiest, most successful people are the ones having Coca-Cola and that they, consequently, should as well.

By focusing more on emotions, Coca-Cola succeeds where the health experts fail. It has been proven multiple times in the past that when it comes to decision making, human beings are more swayed by emotion that they are by logic or simple statistics. In fact, studies suggest that the process of decision-making relies almost entirely on consideration of emotions. Although the numbers representing obesity rates and disease concentration may appeal to the logic of consumers, they amount to nothing in comparison to the emotionally appealing Coca-Cola advertisements. This means that in order to be successful, health experts ought to appeal to consumer emotions in a way that statistics can’t on their own.

There are a number of steps that health experts can take in order to engage consumer emotions. For example, health experts ought to incite public disapproval of Coca-Cola and present the consequences that the product has on the lives of real people in a provocative manner. In order to effectively combat the message of Coca-Cola advertisements, anti-Coca-Cola health experts must direct consumer’s negative emotions toward the Coca-Cola Company. In the past, public health experts used similar tactics in their efforts against the tobacco industry. The anti-tobacco organizations have done this by pointing out dishonesty in the marketing practices of tobacco companies, sparking doubt among consumers. For example, tobacco companies paid doctors to support their unhealthy products and funded research indicating that tobacco has no negative effects on health, some even suggesting that tobacco benefits health to some degree. Coca-Cola does the exact same thing. For example, Dr. David Allison, the director of The Nutrition Obesity Research Center at the University of Alabama at Birmingham, has repeatedly asserted that there exists no substation evidence to suggest that sugary drinks are somehow linked to America’s obesity crisis. However, Dr. Allison has failed to address how the over-two-million-dollars’ worth of payments he accepted from companies selling sugary beverages, such as Coca-Cola, Pepsi, and the American Beverage association, have influenced his supposedly expert opinion. The correlation between the money he has received from large businesses and the inimitable results of his sugar-related research is relatively clear. By presenting consumers with such examples of dishonesty, anti-Coca-Cola experts can help erase the “good guy” image Coca-Cola has tried to establish among consumers. After all, as indicated by a poll produced by the Better Business Bureau, 93% of U.S. consumers find a company’s reputation for honesty and fairness very important to them.

Additionally, health experts can use fear in order to deter consumers from purchasing Coca-Cola. It is well known that this is a successful tactic because it was also one used by anti-tobacco organizations in order to deter consumers from purchasing tobacco. For example, in the place of many tobacco ads that have since been removed, the anti-smoking “real cost” commercials horrifically depict young people giving up their teeth, and even their skin, in order to pay for cigarette packs. Similar campaigns, such as the “Tips from Former Smokers” advertisements present consumers with the struggles of real people, whose former smoking habits caused physical problems, such as mouths of broken teeth, the scars of breathing stomas, and permanent hair loss. Although they are the result of an unfortunate truth, these advertising campaigns have had positive effects on public health. Such advertisement campaigns have not only decreased the rates of people who begin smoking, but have even helped to get current smokers to quit. In fact, the “Tips from Former Smokers” advertisement campaign alone inspired over 100,000 smokers to stop their smoking habits. Anti-Coca-Cola health experts can create similar advertising campaigns, highlighting the variety of health consequences and diseases that real people have gotten as a result of high-sugar diets. By linking Coca-Cola with negative emotions rather than positive ones, perhaps campaigns against Coca-Cola consumption can more effectively raise awareness concerning Coca-Cola’s unhealthy consequences and even reverse some of the negative effects that sugary beverages have had on the health of Americans.