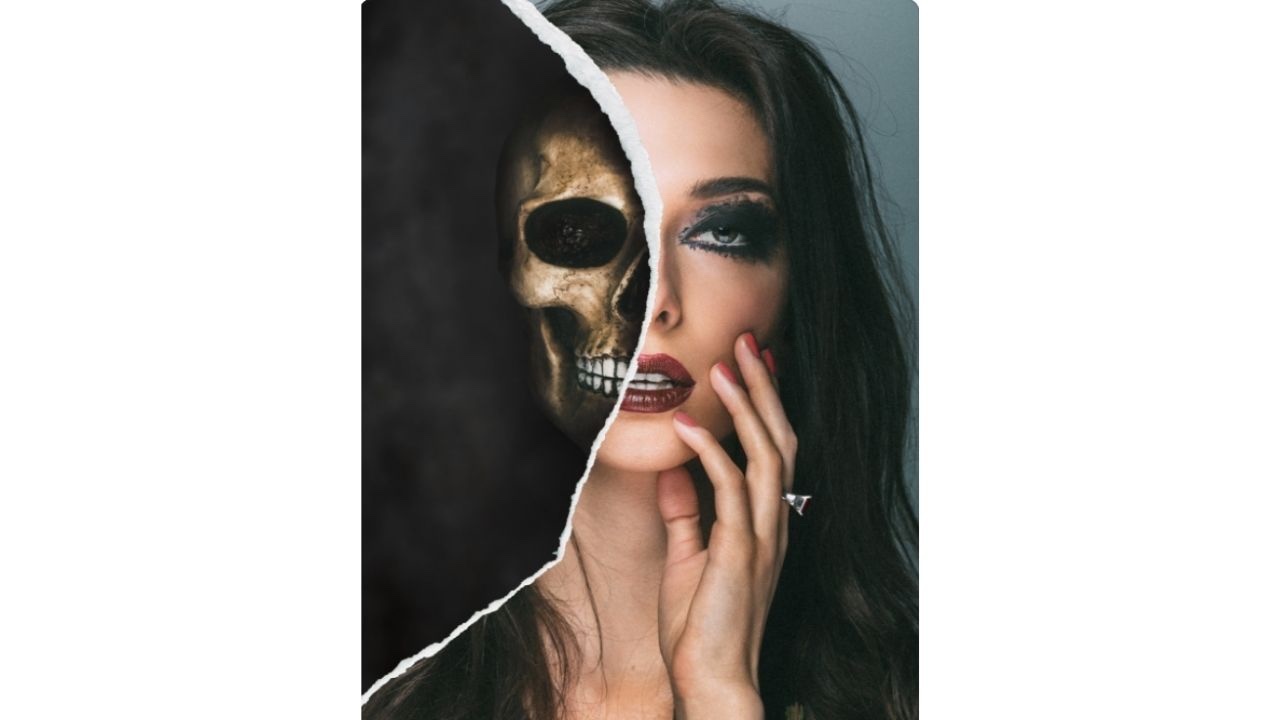 Violetta didn't like pretty people, especially pretty women who looked so effortlessly perfect and like their lives were filled with adventures and friends who actually liked them. Violetta detested pretty women who adorned their skin with the most expensive makeup, but somehow she couldn't stop watching these women through the screen of her phone.

It started more as a hobby while cleaning her room. She would press play on these videos of beautiful women on her computer to distract herself in hopes that these videos would make her feel good in her own skin. Then before even realizing it, Violetta was watching these videos every morning before getting up for school, then while driving to school, and then during lunch. It became a habit that made her comfortable enough to stop reaching out to friends and getting behind on assignments for classes that were important to her.

Violetta did not know these videos were becoming an addiction until she was throwing things and breaking the mirrors in her room. All of the makeup and skin care products that she had purchased to be like these women and to have their life were somehow not working. She did everything correctly, too. She washed her face, even going so far as washing twice, then she would use up to six or seven serums on her face so the pores would disappear in a matter of weeks but they never did. She lathered her skin with thick moisturizers that made her face look pale like a Victorian child.

Violetta spent hundreds of dollars on the makeup that these women recommended, but what she didn't know was that these women were paid to recommend these products, and then the commitment was over. So Violetta painted her skin with different shades of foundations and concealers that were too light for her actual skin tone. She was trying so much to be like the girls in the video without even knowing.

She wanted their skin color, their eye color; they were all she had ever wanted to be. All of a sudden Violetta became something she couldn't recognize. She was tired but she couldn't stop. Deep down she didn't want to stop, either. Her dark hair was not beautiful to her, her skin color was out of trend according to social media. The most beautiful women had blonde and soft brunette hair, and their skin color was light beige.

Violetta woke up early every morning just to look at herself in the mirror. She would pick at her skin, then begin her extensive makeup routine. Primer, foundation, concealer, eyebrows, eyeshadow, contour, baking, eyelashes, blush, highlighter, lipstick, and setting spray. She memorized these steps by heart; she knew them better than she knew herself. When she would mess up a step, Violetta could not stop her anger. She aspired to be perfect and messing up was not a part of the agenda of looking perfect or being perfect.

Violetta couldn't think for herself. She would listen to the voices from her screen that didn't talk back to her. All the beautiful women inside her screen gave her the same advice. All she had to do was to love herself, be confident, and just be herself in order to become the woman everyone wants to be.

Violetta didn't know what any of this meant. She did everything they did, bought all the products they used, spent hours doing her skincare and makeup, bought all the perfect clothes for every season, never left her nails nude, made sure she always looked effortlessly pretty but somehow this was not enough. So why did she feel worse about herself? Why couldn't she love herself? Why didn't she feel perfect? Why didn't she like herself? All of these questions kept her up at night.

Why couldn’t Violetta feel good about herself? Why was everyone prettier than her? Why did all of these people have their entire life figured out before the age of twenty? She was only seventeen but she felt time moving around her while she was frozen, unable to move.

Violetta couldn't love herself despite all that she tried. She wondered if her life would be different if she lived in a house with no mirrors. Would she still think about her appearance if she didn't know what she looked like? Would her skin color still matter if she didn’t have social media? Would her acne matter to her if she didn’t relate it to being gross and immature? Would she be able to change her mindset? Was she in too deep? She didn't know. One thing she realized was that social media was a dark game that consumed her whole without any second thoughts. All Violetta felt was helpless.